GET 10 SECRETS ON HOW TO IMPROVE YOUR MATCHA AT HOME

What is matcha green tea?

Meet the magical matcha and explore its origins, plus discover inspired ideas for savouring, storing, and cooking with matcha.

Matcha (抹茶) is a finely grounded special type of green tea, specifically harvested and grown in East-Asia. The green tea leaves are shaded for a couple of weeks before harvest and further processed until an ultra-fine powder is reached.

Matcha is increasing more and more in popularity, thanks to matcha health benefits and availability in Starbucks and local coffee shops. With matcha, the entire tea leaf is consumed, unlike traditional teas where the bag is soaked in hot water and later on tossed away.

To identify the origin of matcha, we will have to travel back to the Tang Dynasty era, a period lasting until around the 9th and 10th centuries. The original matcha process was later improved during the Song Dynasty, and is still broadly used today. A method was developed which involved making powdered tea from dried tea leaves and by removing stems, together with hot water and a bowl. Later on, this process was adopted by Japan, which also lead to high-quality matcha tea.

What is matcha made of?

The green tea fields are fertilised as per the taste. The stronger the fertilisation, the deeper the flavour.

The taste of the matcha depends on the various types of choices and demand of the market where it has to be exported after full preparation.

The tea plants are shaded for approximately three to five weeks after the arousal of new buds. This shading process is critical for matcha from a quality perspective & flavour, as it commences one month prior to harvesting.

Generally, the spring leaves feature the robust flavour, but lower-quality matcha also grows in summer and even autumn leaves.

With the progression of the yearly season, the leaves tend to decrease their colour texture and taste. In case if harvesting is carried by machine, a plastic substance saves the hedges explicitly and if manual methods are used for the purpose then canopy shading process is used.

Each year in spring, usually May, the first leaves are harvested. These are considered the best quality and used for premium or ceremonial matcha green tea. The pluck can be done manually or with a machine, however to achieve a better quality hand plucking is a part.

A second (summer) or third (autumn) harvest is done later. These leaves are usually considered as lower quality, a cooking grade matcha for example.

The leaves are carried instantly to the factor for a steaming process at very high temperature in an oven designed for this very purpose. This is key part as this prevents further oxidation and retain the vivid green colour. Later on the leaved are blow-dried with air pressure until further processing.

In this stage, there is no rolling done which usually converts it into a different green tea. The leaf which is obtained now is known as Aracha.

Once the leaves are dried. they are sorted for further processing. Stems and veins are removed with a specially designed machine to enhance the flavour.

The result of this stage is Tencha leaves, a mixture of raw-cut tea leaves.

This is the last step of the matcha production where tea processors ground tencha. This is done for several hours, on a slow speed stone mill, to seek a fine and smooth texture with great consistency.

Granite wheels are used which rotate slowly, resulting in powder just 4 microns small. To archive such a super fine result, this process takes a lot of time.

How to store matcha?

Once matcha has been fully processed into a practically useful form, matcha has a shelf life of around one year for maximum freshness when stored properly. However, once the matcha package is unsealed for the very first time, the recommended maximum time to use is within two months. If the matcha remains in a dried condition, it never gets spoiled or loses its natural shape even after the two months, although the original freshness might fade away. Other than the need of dried atmosphere, the matcha also has numerous threats to handle, such as UV light or prolonged exposure to sunshine.

The following elements are essential when you want to ensure the safety of the matcha:

The matcha package needs to be closed in zip-lock pouches, or even in screw-top tins to make sure of an airtight cover.

Constant and long-lasting exposure to UV light can really affect the wellness of matcha. Avoid UV light at all costs.

The perfect practice is to store the matcha in the refrigerator when you're not using it, to maintain its texture.

If the smell of a nearby substance or can is too strong, it can also harm the matcha, so keep it isolated.

How does matcha taste?

Matcha should have a vegetal lingering aftertaste. Some people say it creates an umami flavour, with a lingering sweet aftertaste. Others say it’s more of a spinach taste. Just as with wine, it can take some time to get used to the taste of matcha.

The taste of matcha highly depends on the quality of matcha grade itself, preparation quality and corresponding ingredients. High-quality ceremonial grade matcha should have no bitterness. 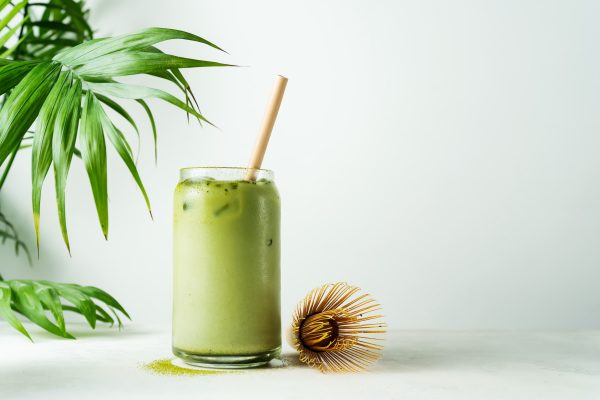 Why is matcha tea more expensive?

This is a question that revolves in the mind of many people – why is matcha green tea more expensive? What makes matcha better compared to other green teas and what are the factors which add to its cost? The answer to this question is not dependent on one factor but comes with multi-dimensional reasons which contribute towards the higher price tag.

Distinct uniqueness from the conventional drinks

Matcha needs more caution, engagement, and skill prior to its arrival in the market. Compared to many green teas, matcha has a unique impact and significance.

Matcha is grown in Japan and in different parts of the China, and tends to be less common in other parts of the world. Naturally, this has an impact on transportation costs.

Matcha grades based on the flavour

There are several grades for matcha, so a quality difference is common. Culinary quality grade is taken from the baby leaves, which are smaller and also less common.

Where to use matcha green tea?

Matcha is the perfect way to start the day, maybe as a hot tea or matcha latte. One of the most ideal and nutritional ways is to have the matcha in your morning diet. Mix into your morning oatmeal or even add to a pot of granola for extra energy.

Matcha is an ideal partner for adding to fruit shakes and matcha smoothies. Just what you need for an extra nutritious morning boost or support after a strong workout. Just with a little bit of effort, you can enjoy the benefits of matcha.

With such a distinct taste and vibrant colour, matcha is perfect in combination with a lot of desserts. For example matcha ice cream, matcha cookies or matcha cheesecake. Some Italian chefs use matcha to enhance their pasta.
VIEW RECIPES

Dive into matcha heaven with Teafolly's guide to all things matcha

Dive into matcha heaven with Teafolly's guide to all things matcha

Want the latest and greatest matcha recipes and news straight to your inbox?

Your Guide Is
On Its Way!

I’ve emailed you your free guide on the Top 10 mistakes when using matcha green tea.

Don’t see the email? Please check your spam folder and move the email into your inbox.

Get 10 Tips To Improve Your Matcha At Home

So You Can Make A Healthy Lifestyle Tasty and Easy!